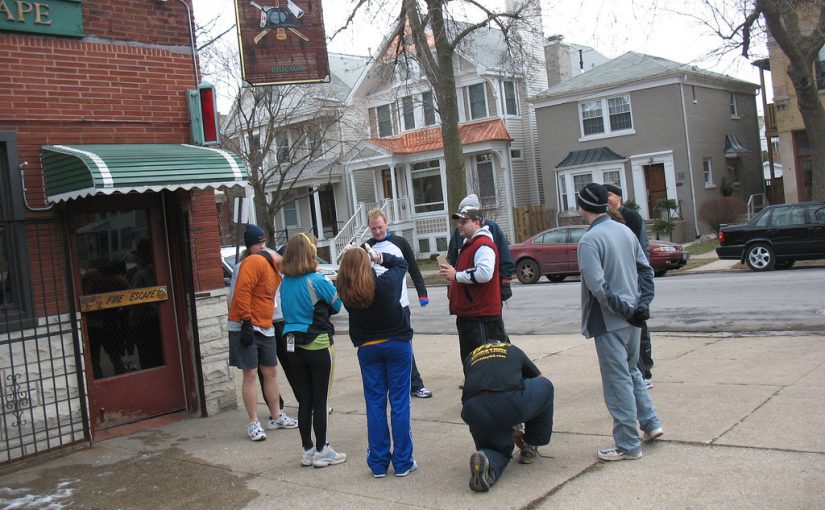 Hare(s): Snatchsquatch & AssCapades
Venue: Murphy’s Bleachers – 3655 N. Sheffield Ave
Hash Cash: Still a terrific bargain at a mere $8 – hells bells, a single beer with tip is about that much at Wrigley and we’re just across the street having MANY beers for the same eight bones!
_________

Driving ?
Hop into your hooptie and cruise to Addison & Waveland. Parking is pretty sketchy by Wrigley Field so stick to major streets as most side streets are Zone 383 permit after 6pm.