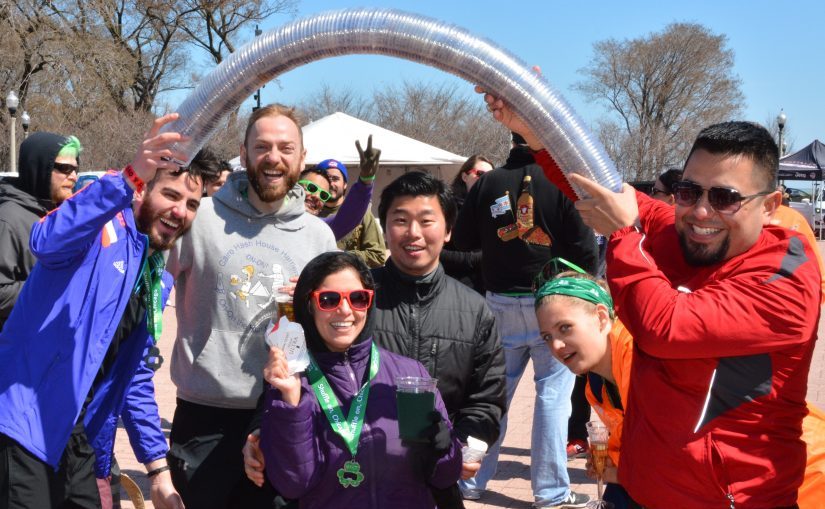 Chicago is a big city. As such, we have lots of hash clubs. If you can’t make it to a Chicago Hash House Harriers run, consider joining one of the many other hash runs available to you here in Chicago. Clubs meet at various times and locations in and around Chicago, so there are plenty of options for everybody.

NOTE: Some of the links below are to private Facebook groups, so you may have to request to join in order to find out information about their upcoming hash runs.

THIRSTDAY H3
Every Thursday Evening
Like Chicago H3, Thirstday H3 is another urban hash in Chicagoland. The group meets every week on Thursday evening at 7PM and is usually easily accessible via public transit to ensure that you can drink enough to call in sick on Friday.

MOON HASHES
Evenings Depending on the Cycle of the Moon
There are actually two Moon Hash clubs in Chicago, the Chicago Full Moon H3 and the First Crack of the Moon H3. Their runs take place near the full moon and new moon respectively, so there is no fixed day of the week when they run. Moon Hash runs typically take place in the city.

BIG DOGS H3
Second Saturday of the Month in the Afternoon
The Big Dogs H3 pride themselves on finding interesting parts of Chicago to hash that are off the beaten path. Trails may be in the city or suburbs.
BUSHMAN H3
Third Saturday of the Month in the Afternoon
All woods, all the time. Bushman H3 claims to be “The Greatest Hash”. All of the runs take place in the woods and you can expect to get down and dirty while attending. Bring your high socks.
WHISKEY WEDNESDAY H3
Last Wednesday Evening of the Month
As the name implies, Whiskey Wednesday H3 features Whiskey in addition to beer. Trails are held within Chicago city limits.
4×2 H4
First Tuesday Evening of the Month
Two bucks gets you a trail guaranteed to be around four miles, two beers, and a brief circle. 4×2 H4 is quick, painless, and lets you quickly get back to your muggle life. The starting location is always within the boundaries of 2400 N, 2400 W, and 2400 S. Runs begins precisely at 7 PM.

Second City H3 presently runs on an as-desired basis. Watch their Facebook group for upcoming events. Trails are typically further from the city center, requiring a short drive or train ride to attend.

RAGTIME H3
Various Saturdays in the Late Morning
Ragtime H3 is a brunch hash. Attendees are expected to bring their appetites & some champagne. Trails are typically short with no set departure time so that hashers can stagger in with their hangovers from the night before throughout the day.