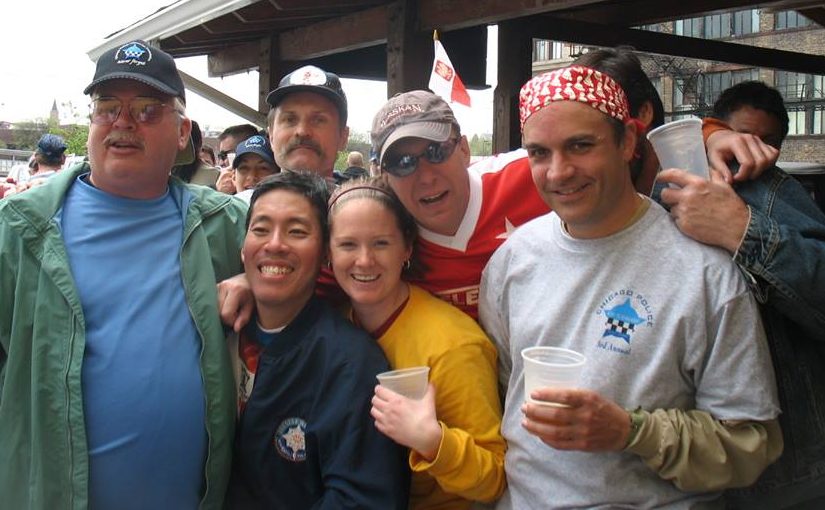 The “Hash House” was the mildly derogatory nickname given (for its unimaginative, monotonous food) to the Royal Selangor Club Chambers in Kuala Lumpur by the British civil servants and businessmen who lived and dined there between the two World Wars, when it had become something of a social center of the times. Situated close to and behind the present Selangor Club, its function changed after independence and it became an office for the Water Board. Sadly, the “Hash House” was demolished around 1964 to make way for a new highway, Jalan Kuching, although the buildings housing the original stables and servants quarters are still in existence.

The idea of harriers chasing paper was not new to Malaysia in 1938, as there had been such clubs before in Kuala Lumpur and Johore Bahru, and there were clubs in existence in Malacca and Ipoh (the Kinta Harriers) at the time. Note: the early harrier groups in Malaya were based on English public school “paper chase” or “hare & hound” runs, which date back as far as the 18th Century (Flying Booger). “Horse” Thomson (one of the Kuala Lumpur Hash House Harriers’ founding fathers) recalled being invited on a run shortly after his arrival in Johore Bahru in 1932, which chased a paper trail and followed basic Hash rules every week, but was so magically organized that it had no name. The club flourished in the early 1930s but is believed to have died out around 1935. The other branch of our ancestry comes from Malacca, where A. S. (“G”) Gispert was posted in 1937 and joined a club called the Springgit Harriers, who also operated weekly under Hash rules and are believed to have been formed in 1935. Some months later, “Torch” Bennett visited him and came as a guest on a few runs.

By 1938, “G” Gispert, “Horse” Thompson, and “Torch” Bennett had all moved to Kuala Lumpur and, joined by Cecil Lee, Eric Galvin and H. M. Doig, they founded their own club, following the rules they had learnt elsewhere. Gispert is credited with proposing the name “Hash House Harriers” when the Registrar of Societies required the gathering to be legally registered. Other early members included Frank Woodward, Philip Wickens, Lew Davidson, John Wyatt-Smith and M. C. Hay. After 117 runs, KLHHH was forced into temporary hibernation by the arrival of the Japanese. Sadly, Gispert did not live to see his extraordinary creation revive, being killed in the fighting on Singapore Island on February 11th, 1942.

It took nearly 12 months after the war for the survivors of the Kuala Lumpur HHH to reassemble. Bennett put in a claim for the lost hash mugs, a tin bath and two old bags from Government funds, and post-war Run No. 1 was a trot around the racecourse in August 1946.

The Hash Spreads Out

Strangely, it took another 16 years for the second HHH chapter to be founded, in Singapore in 1962, followed by Brunei, Kuching, Miri and Sandakan in 1963, Sibu and Jesselton in 1964, and Ipoh and Penang in 1965. Even in 1973, when KL Mother Hash had Run No. 1500, there were only 35 chapters worldwide. Now the Hash world has over 1200 active chapters, in some 160 countries, and this despite the total absence of any central organization. We are unique! Additional information on hash history can be found at Go to the Hash.net

The Constitution of the Hash House Harriers is recorded on a club registration card dated 1950: