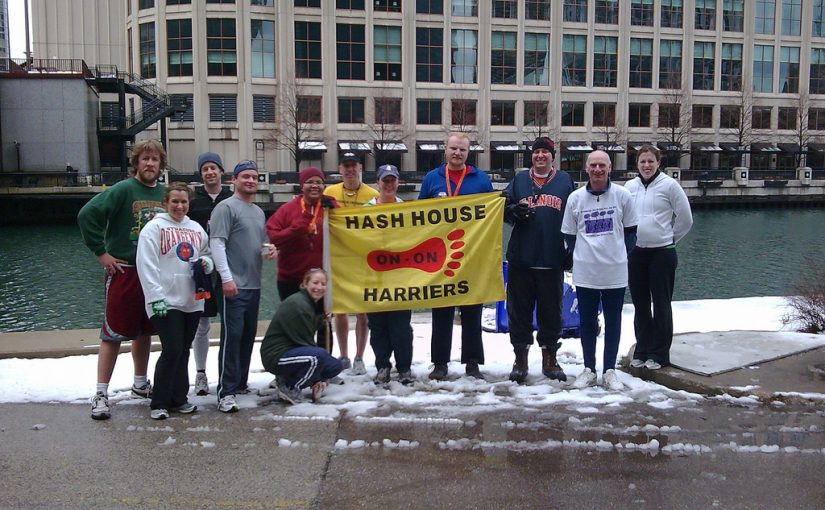 Last Monday Hash before we cutover To Sundays celebration!

Bonus points if you actually know who this bar and street are named after without having to look it up on the internet!

Free Food! We had a small cash surplus from the Labour Day Hash @ Party Central due to the unexpectedly large turnout which we will be spending on food for our End of Summer (EOS) Hash!!! Rumors are that a nearby establishment has 1/2 price pizza’s on Mondays!

Public Transit –
From Lincoln Park/Lakeview: Red Line to Berwyn, walk four blocks East on Berwyn to Clark and then one block South on Clark to Farragut (yes the cross street, ergo the name of the bar!) or if you’re really lazy (or fearing horrifically long trail you can catch the Foster 92 bus four blocks West to Clark, Farragut is the E-W street 1blk North of Foster).

From Wicker Park/Bucktown: Blue Line to Red Line any way you can either Eastbound bus or hoof it to Jackson. Red Line to t Berwyn and walk west on Foster. Or you could get off at the Damen stop and take #50 Damen Northbound to Balmoral and Ashland. Walk a short distance E on W Balmoral Ave, then turn right on N Clark St.