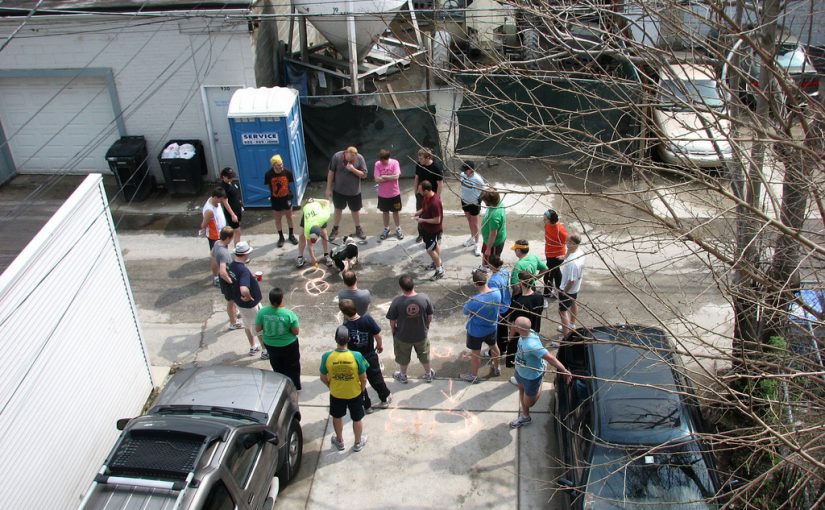 Ruji’s Fufdeck was opened today, an event that usually marks the beginning of the summer weather in Chicago, and we got thunder Storms followed by heavy rains!! Poultry and I had a wedding to go to but we made it back for the on-in. We meet some new virgins in JUST KIP, ZACH, STEVE, and a reboot named JOEL. Calvin ran circle today and we had to run and hide once from a huge downpour that hit us for 10 minutes. MUDSUCKER and LIFA were then men on the grill and CALVIN and I had to run for another keg of beer because the hash went thru 2 kegs yet again at the hash. Most of the memorable moments happened on the roof deck that night. Flippy cup in windy conditions made many a contestant enraged at their ineptness to keep the cup down. Calvin remarked how nice it was on top of, “Ruji’s Fufdeck” ? Can you say dyslexia? ROTTEN being her usual lovely self invited a group of people up to the party that she meet on the street. Turns out these people were meter repairmen in to fix all of the broken meters in Chicago Daley says works? They drove our #’s over 40 today at this fine hash event. SEE YOU NEXT WEEK 7 PM SHARP TO RUN AT THE POLISH DAY HASH ON MONDAY MAY 4th.