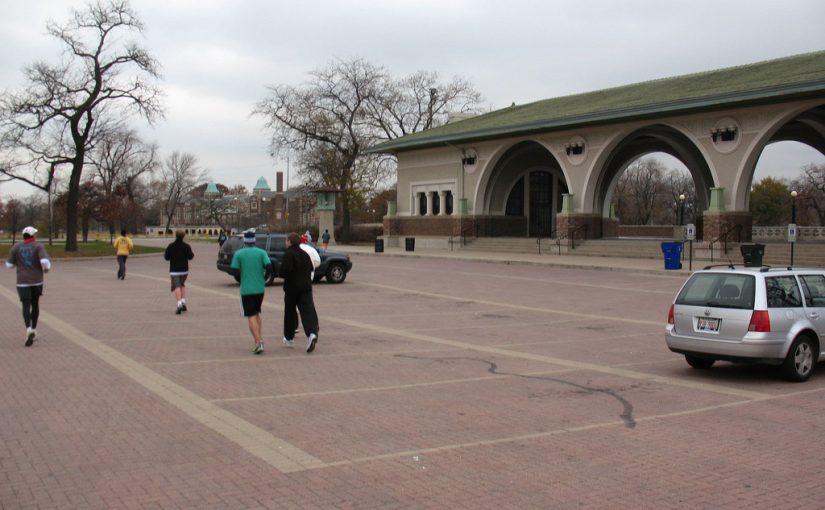 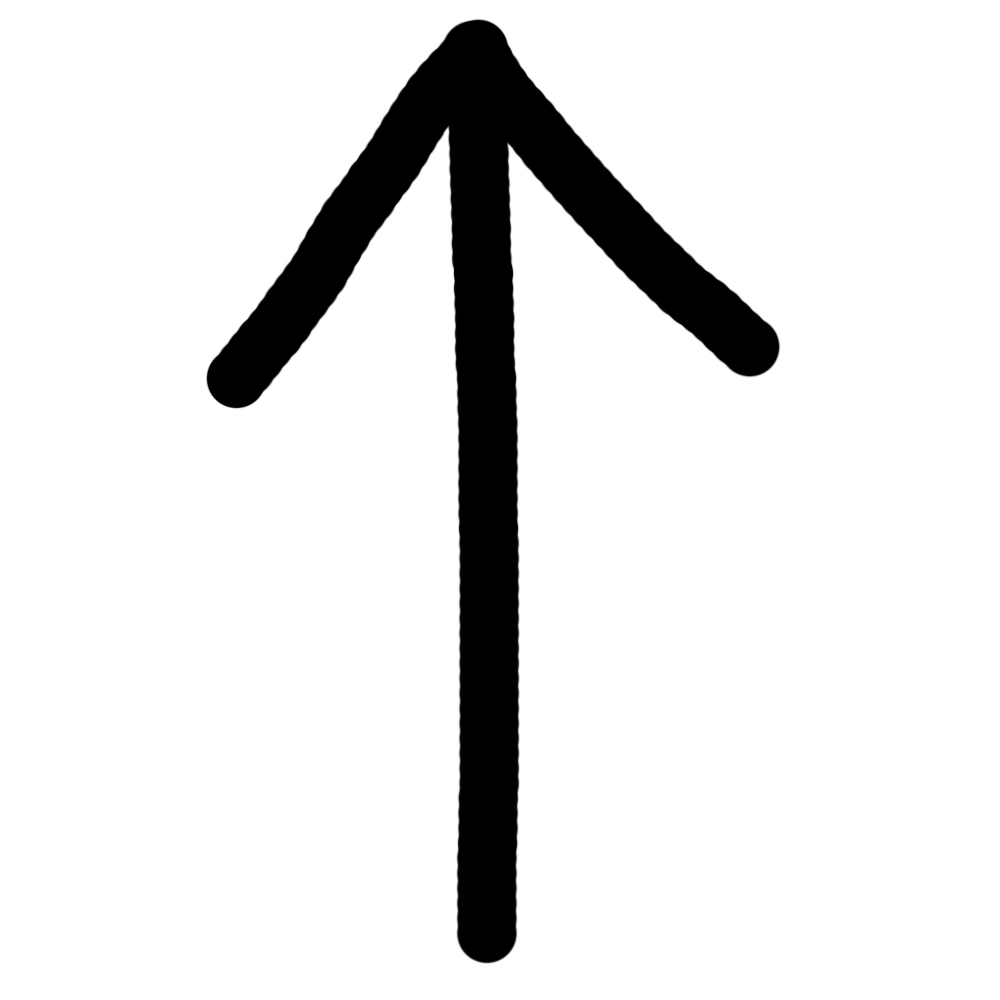 The most basic of all marks, follow the direction that the arrow points – when the arrow turns, you turn, etc. Keep in mind that it is not uncommon for Trail Marks to be hidden (especially after splits and checks) in order to keep the pack honest. Also, though it is encouraged to do so, hares often forget to lay their Trail Marks under lights when hashing at night, so a flashlight may be required to find trail. 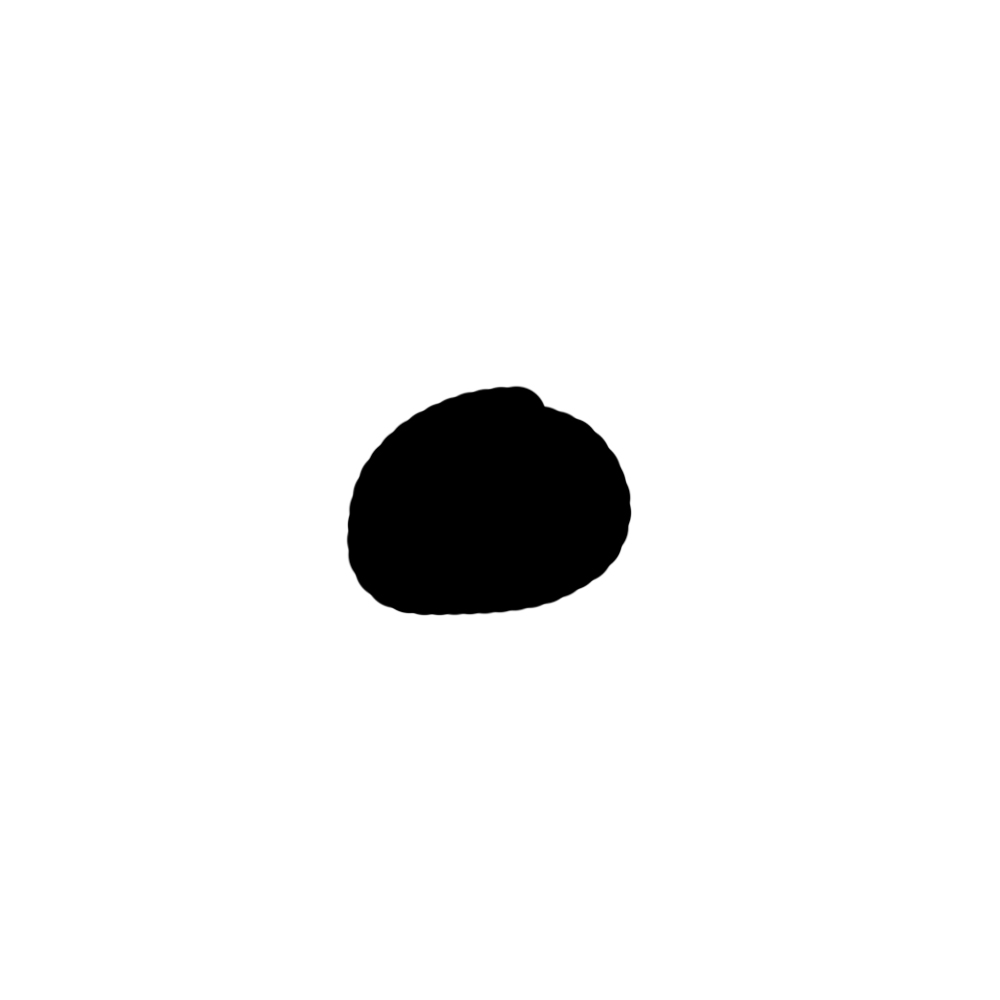 Variations: When trail is marked in flour, the Trail Mark is often simply a blob of flour – a curved line is used to indicate when the trail turns. 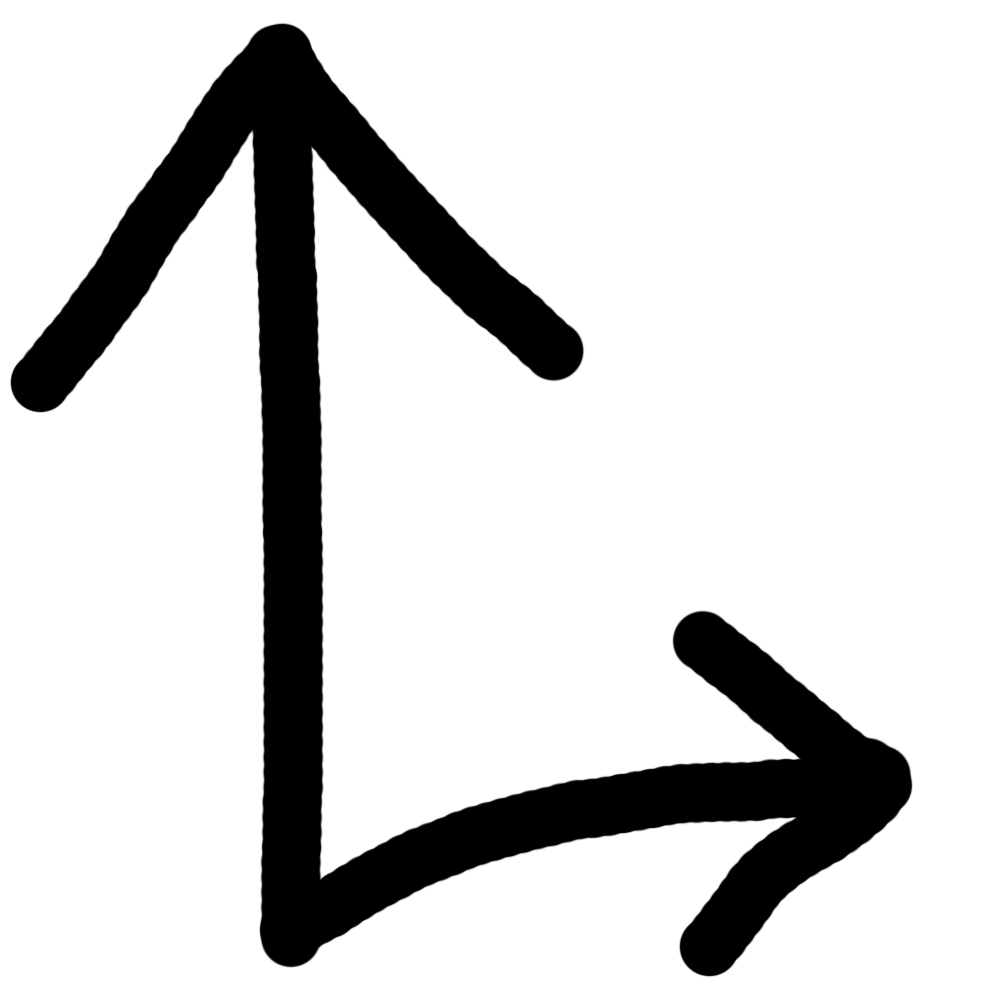 Indicates that the trail can head in one of any of the directions that an arrow is pointing. After a Split only one Trail Mark is required to indicate which way true trail goes.

Variations: A split can point any number of ways, though two and three-way splits are by far the most common. 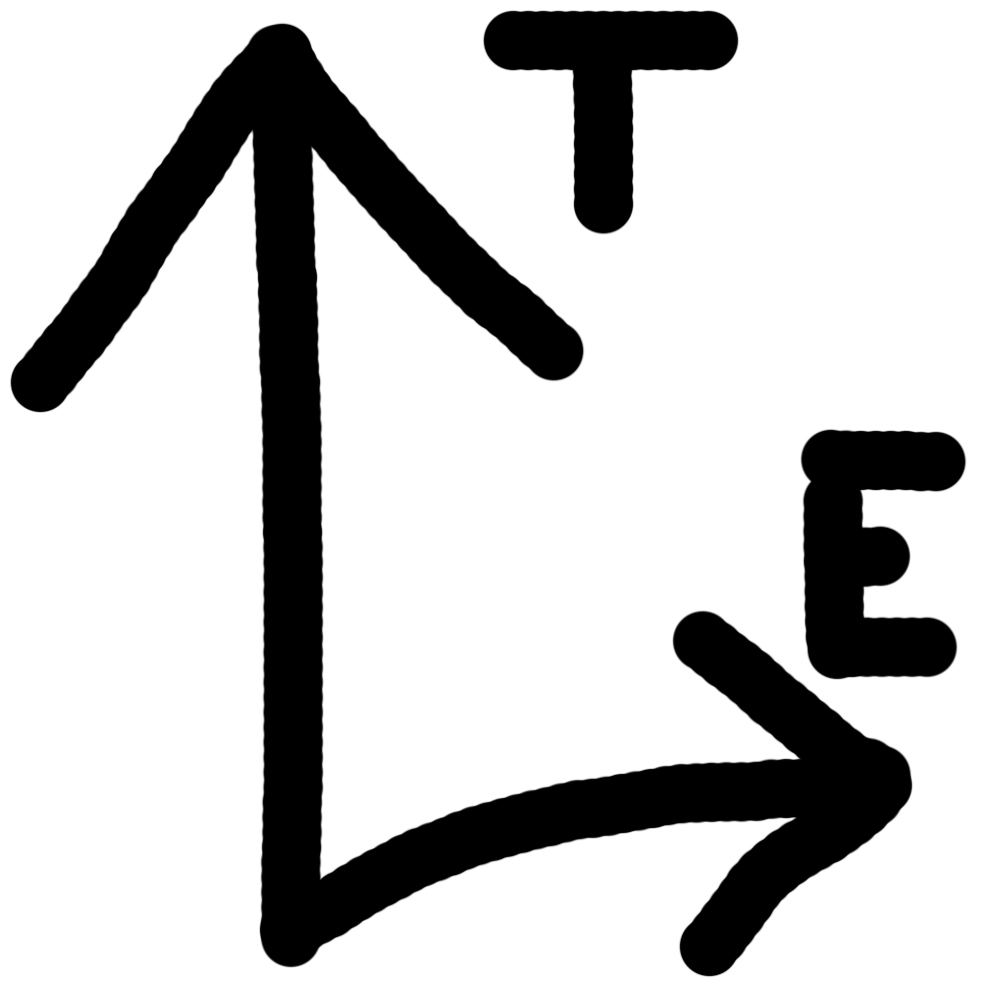 Another common variation is the “Turkey-Eagle” split, where each arrow is designated with either a “T” or an “E” – this denotes that the hardcore racists should follow the “Eagle” trail while the slower hashers should take the “Turkey” trail, thereby allowing both groups to get to the Beer Stop at roughly the same time. 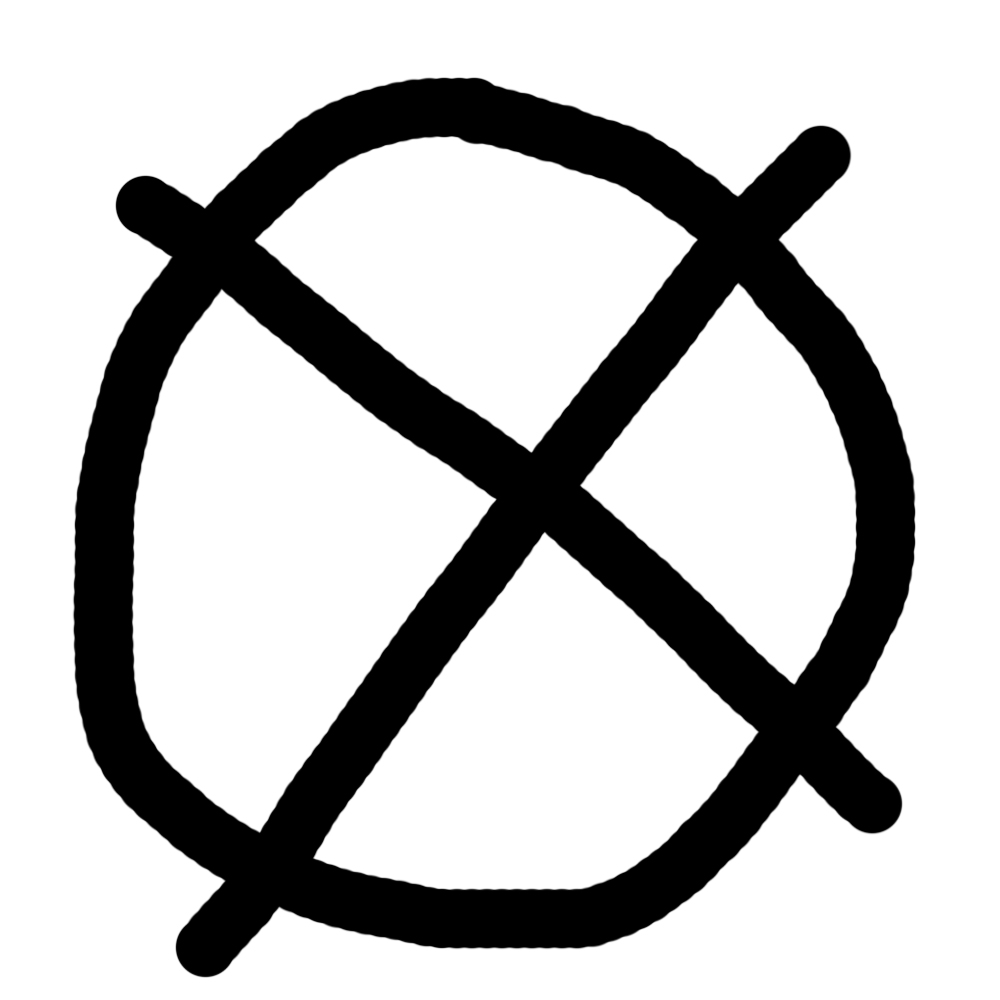 Indicates that trail can go in any direction other than whence it came. After a check three marks are required to find true trail, if only one or two marks are found after a Check, go back to the check and try another direction. Any Splits that are found after Checks are generally considered to count as only one mark. 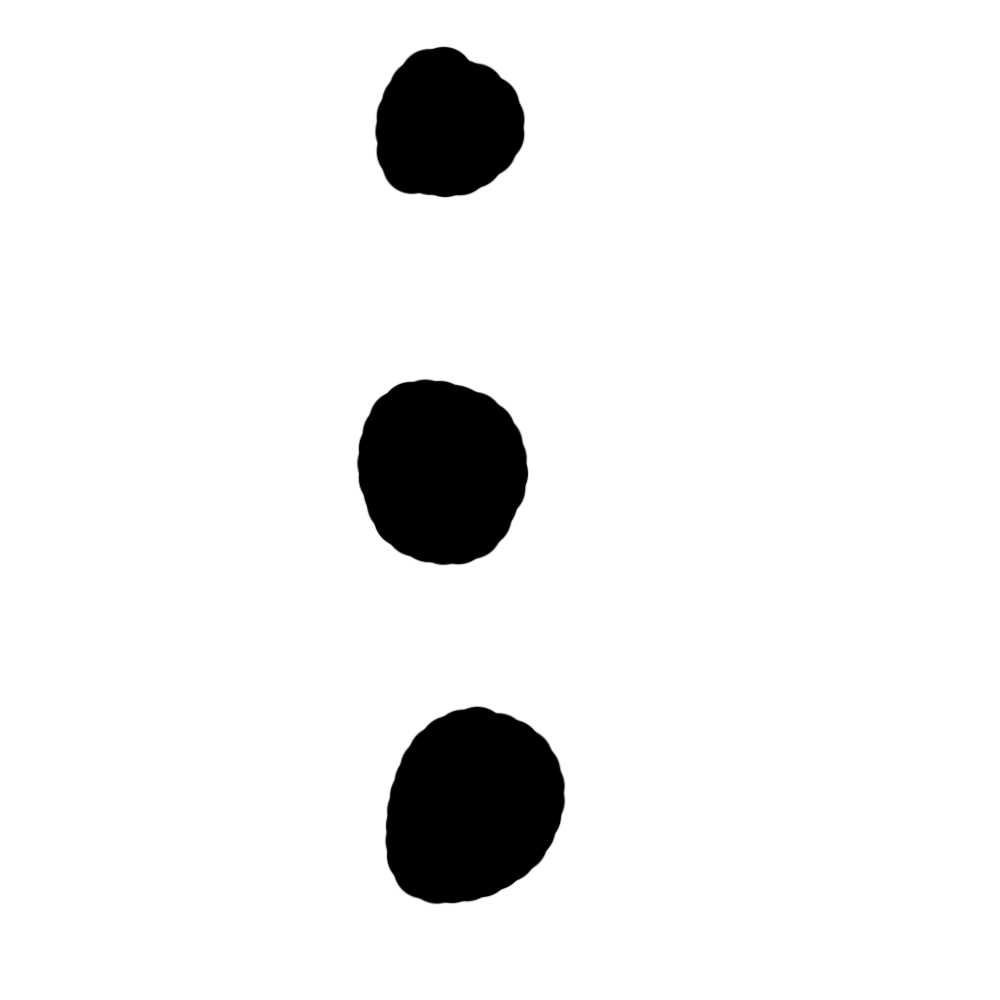 Variations: Sometimes marked with only one circle with an X, or simply with an X – these do not change the meaning of the mark. When marking trail with flour in the woods, it is common for the hares to use three dots on a vertical surface to indicate a check instead of marking on the ground.

Purpose: Checks allow the slower runners to catch up while the faster runners go out and attempt to solve 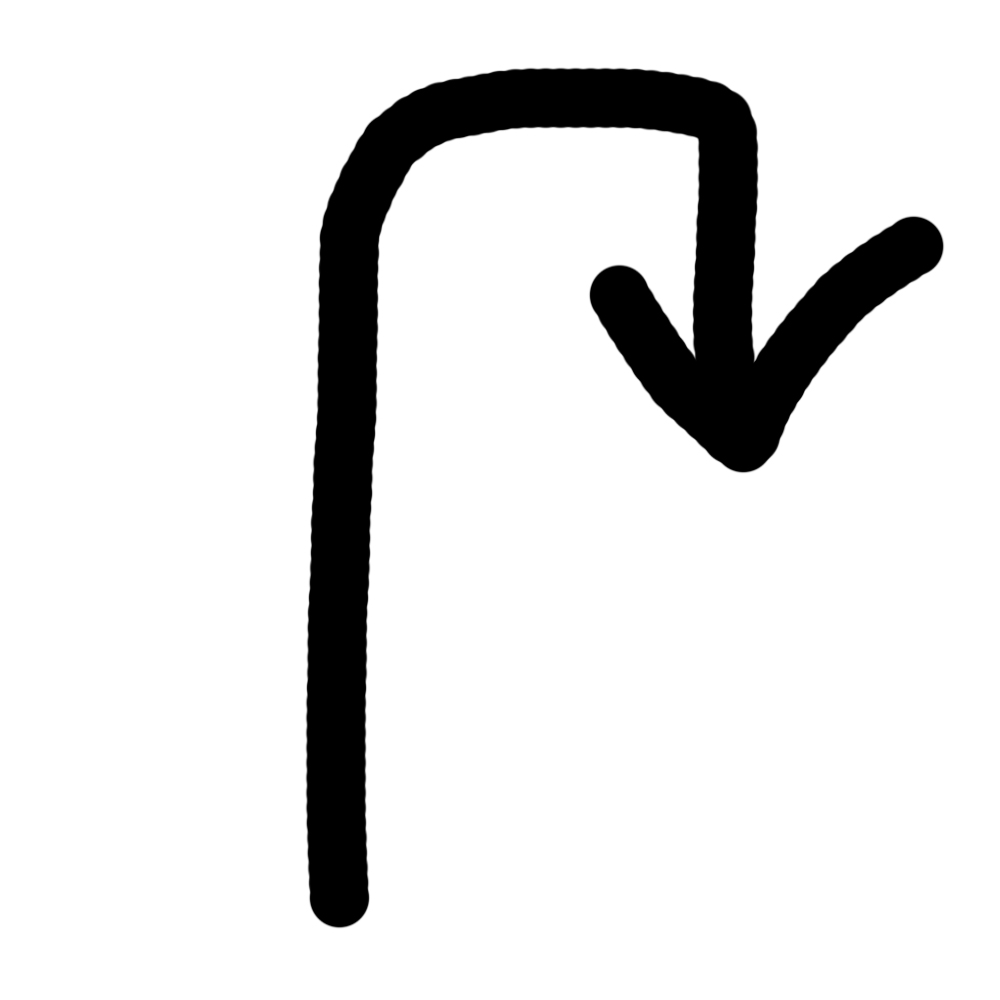 Indicated with a fishhook, a Back Check indicates that you should turn around and head back in the direction whence you came. Often this means the next mark was hidden in a spot you couldn’t see when facing the original direction. This is a dynamic mark, as it gives anyone who turns around the chance to be the first one to find true trail. 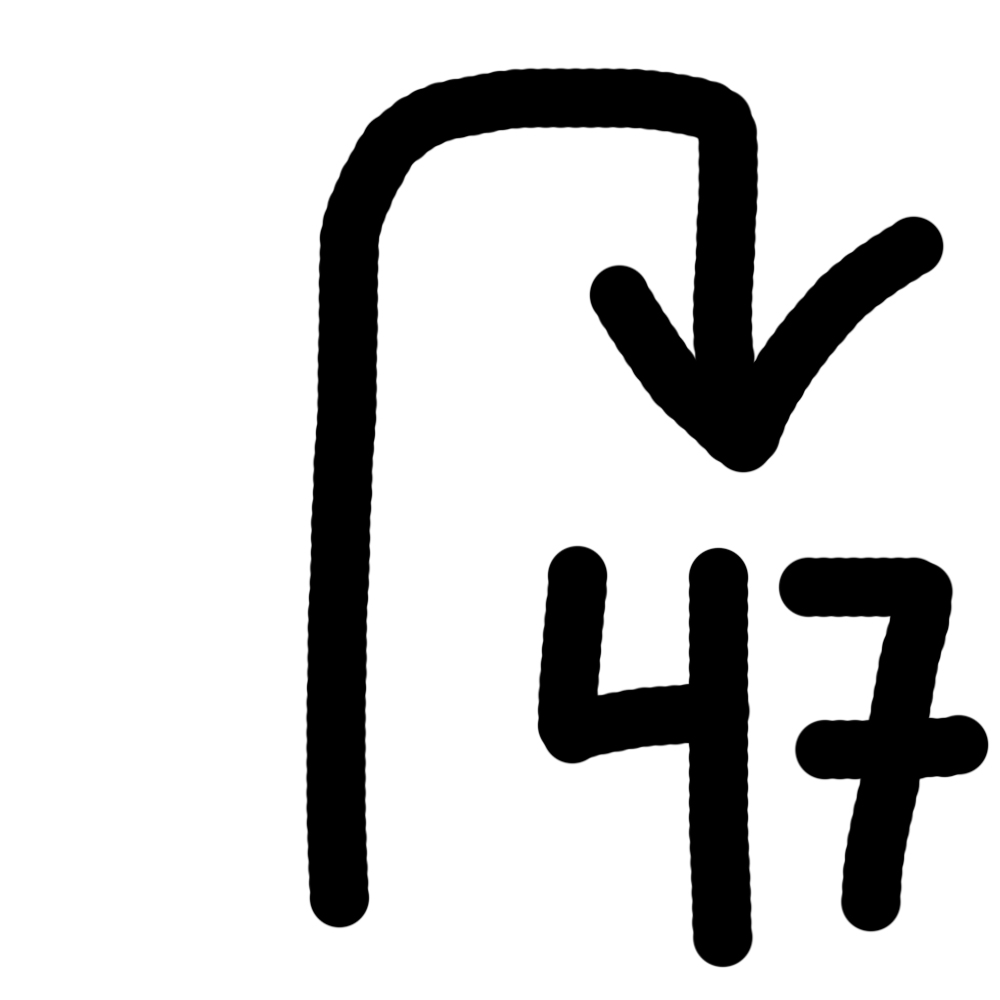 Variations: Sometimes a number is placed under the arrow, indicating that the hasher should return that many marks before looking for trail. This is a more static mark, as it requires the pack to wait for the front runners to count off the number of marks before true trail can be found.

Purpose: Brings the pack back together as well as gives the slower runners a chance to lead the pack. 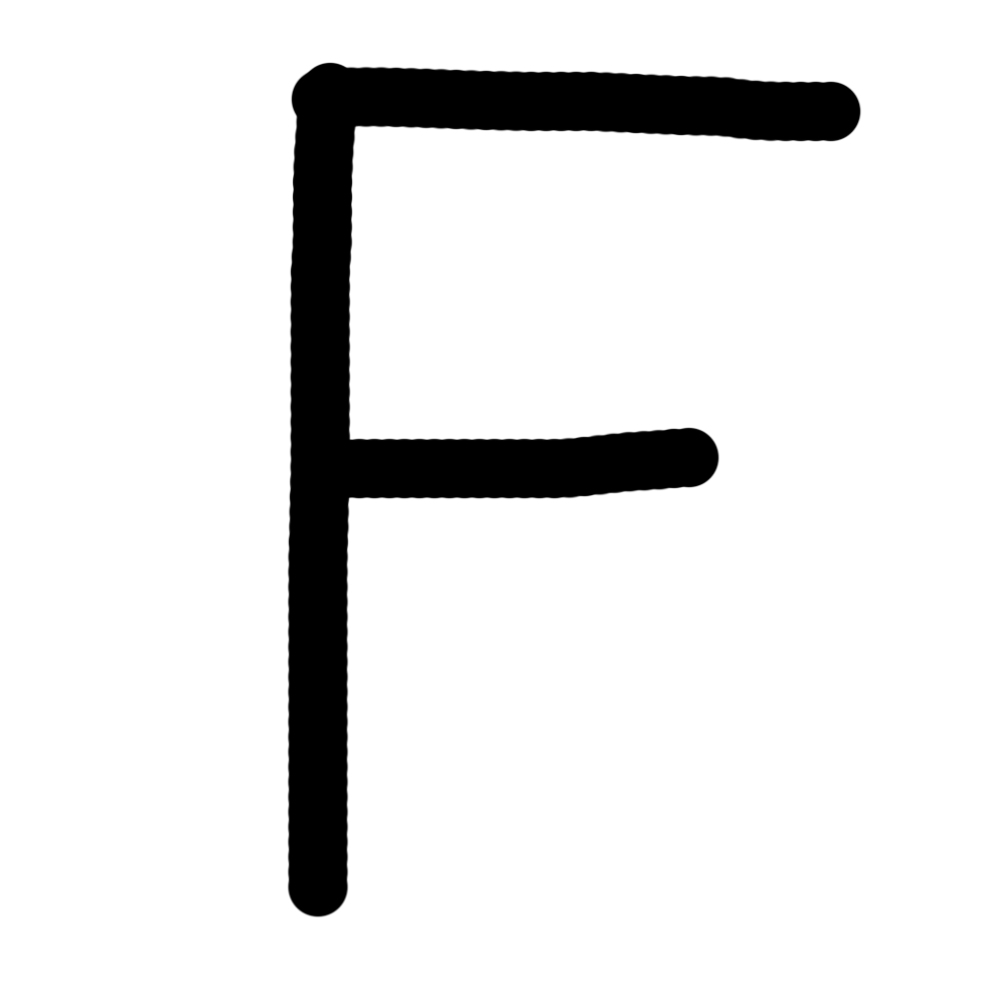 Affectionately known as a “You’ve Been Fucked” a False is used after a split or a check to indicate that the pack has been duped and that true trail doesn’t go in this direction – upon seeing a False, you should head back to the previous check and try again. A False is sometimes referred to as “The Hares Fucked Up,” usually it is called this by short-cutting bastards who will continue through a false in an attempt to find true trail after it. 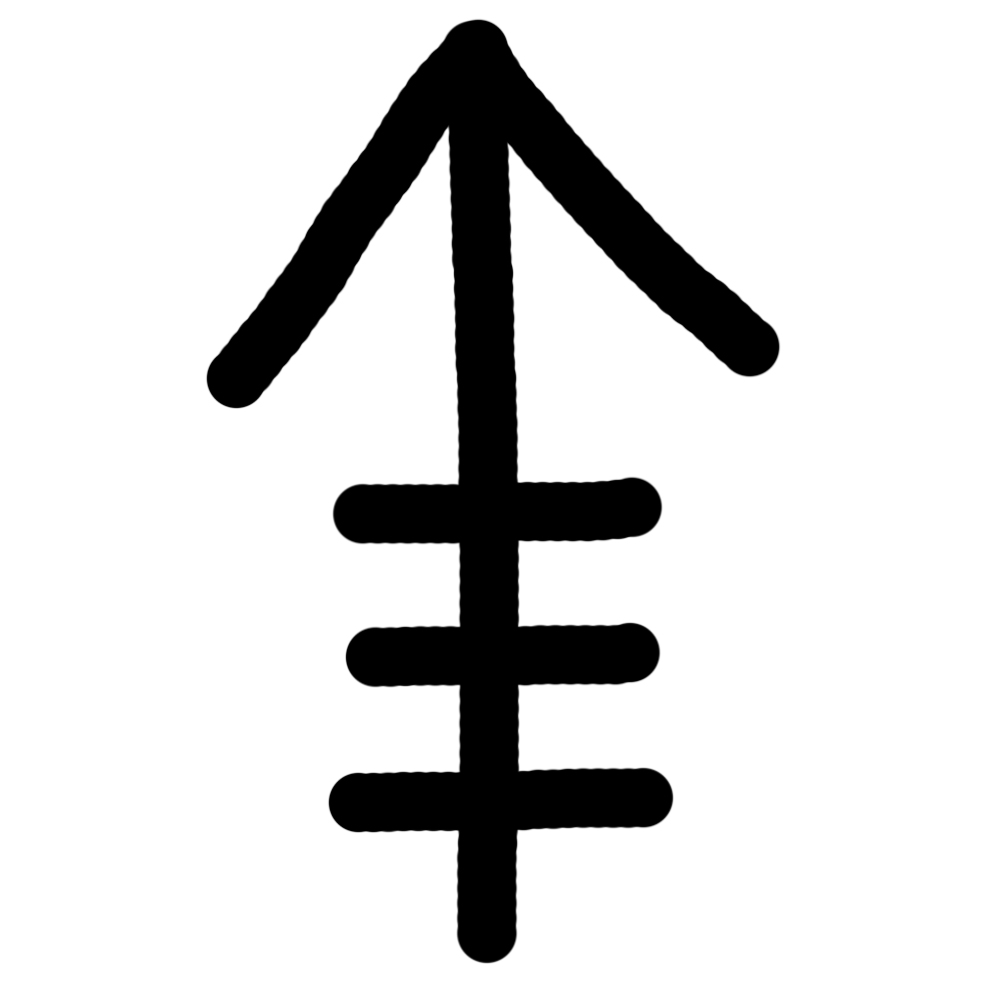 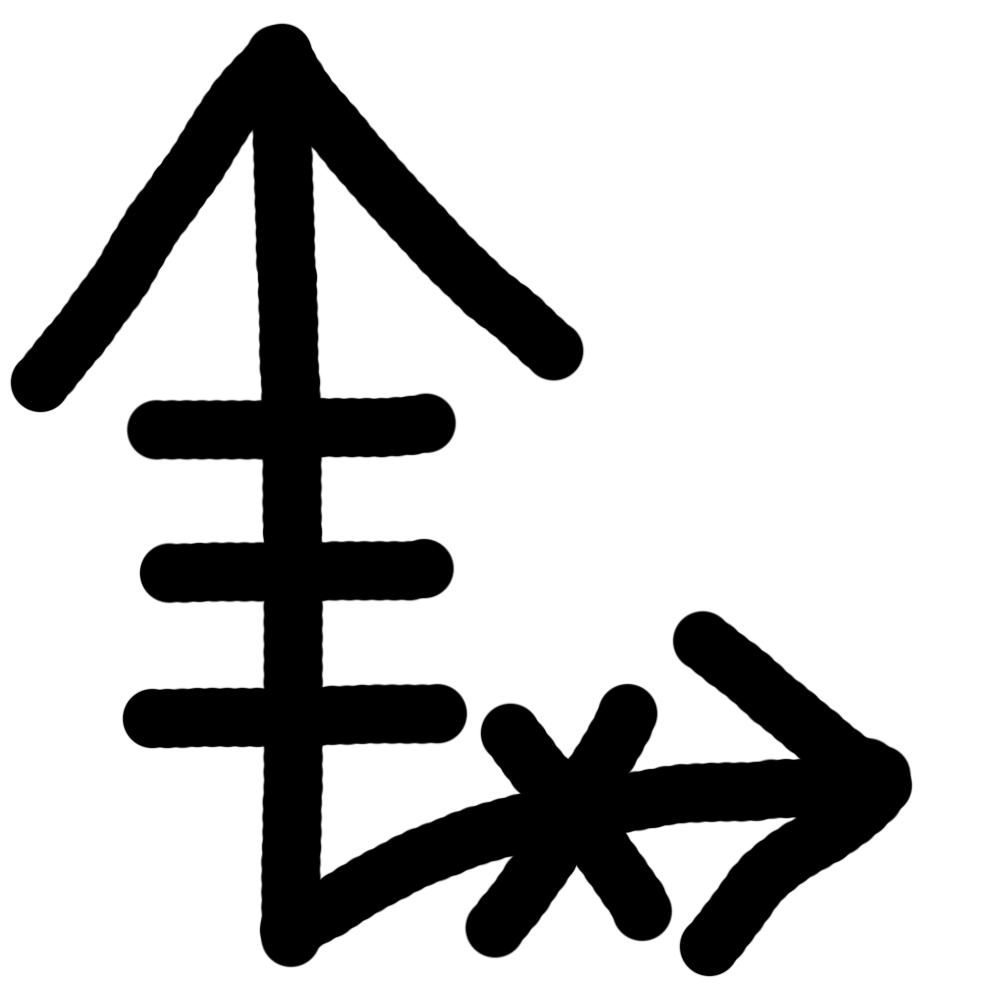 Splits can also be swept by placing an arrow immediately following the split to indicate the direction of true trail. 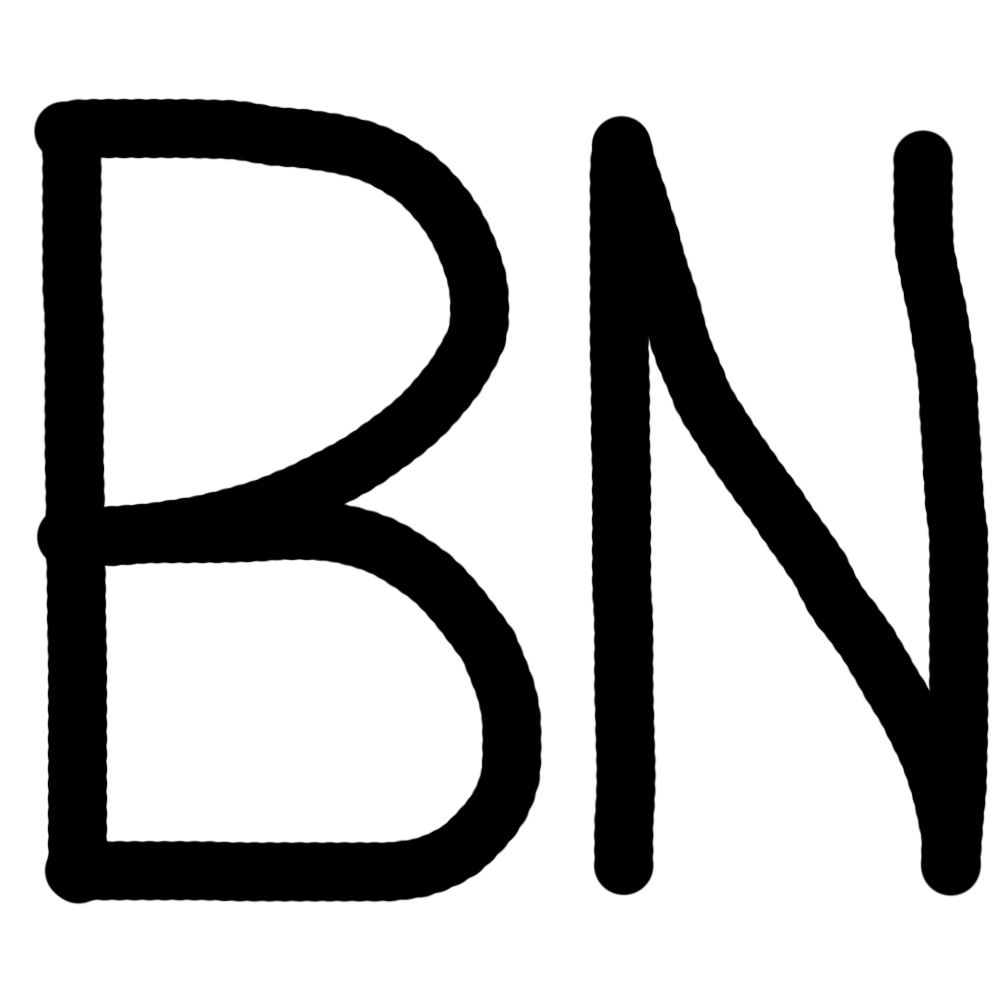 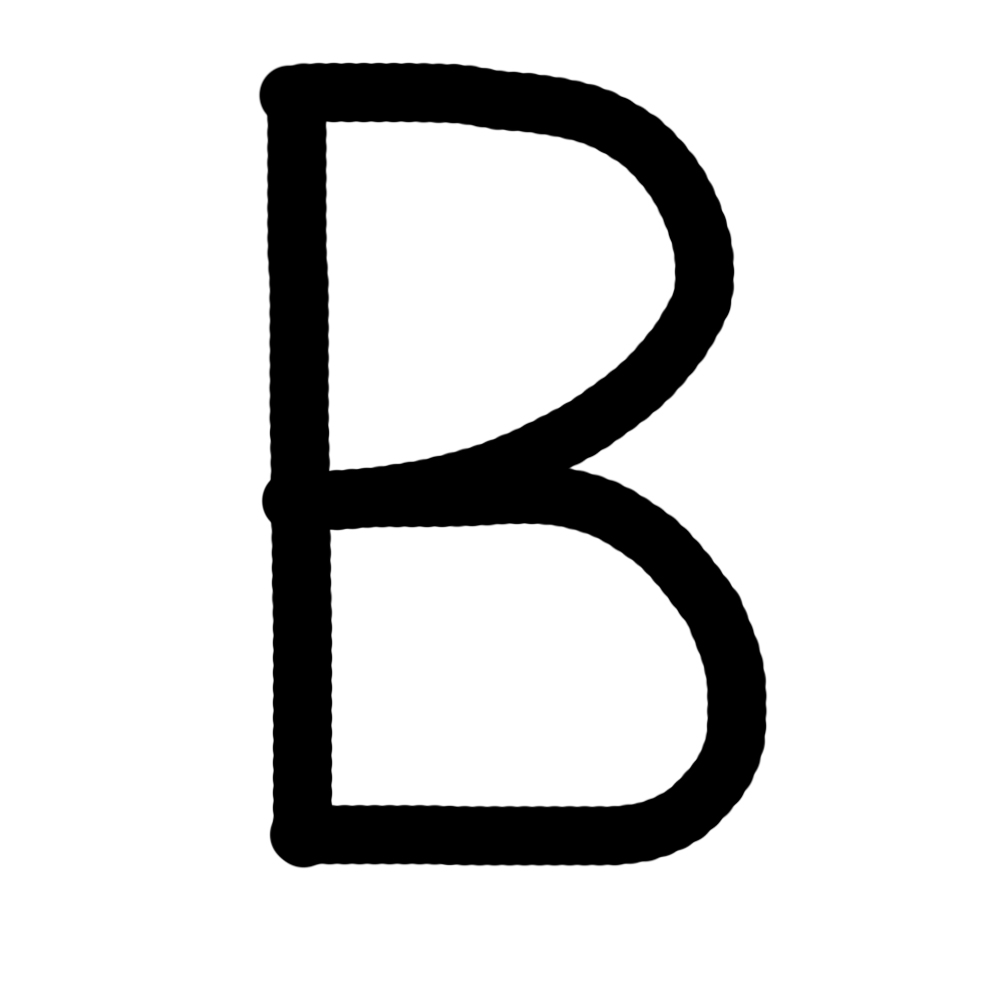 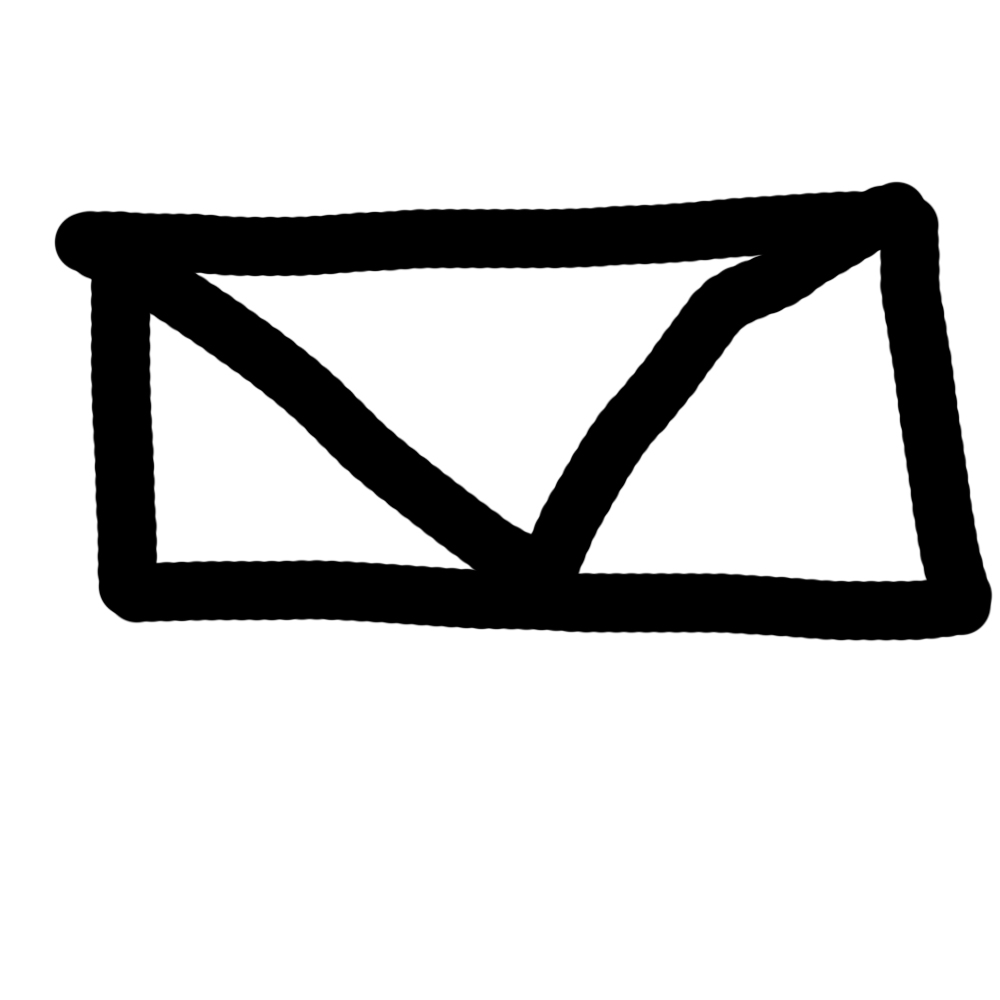 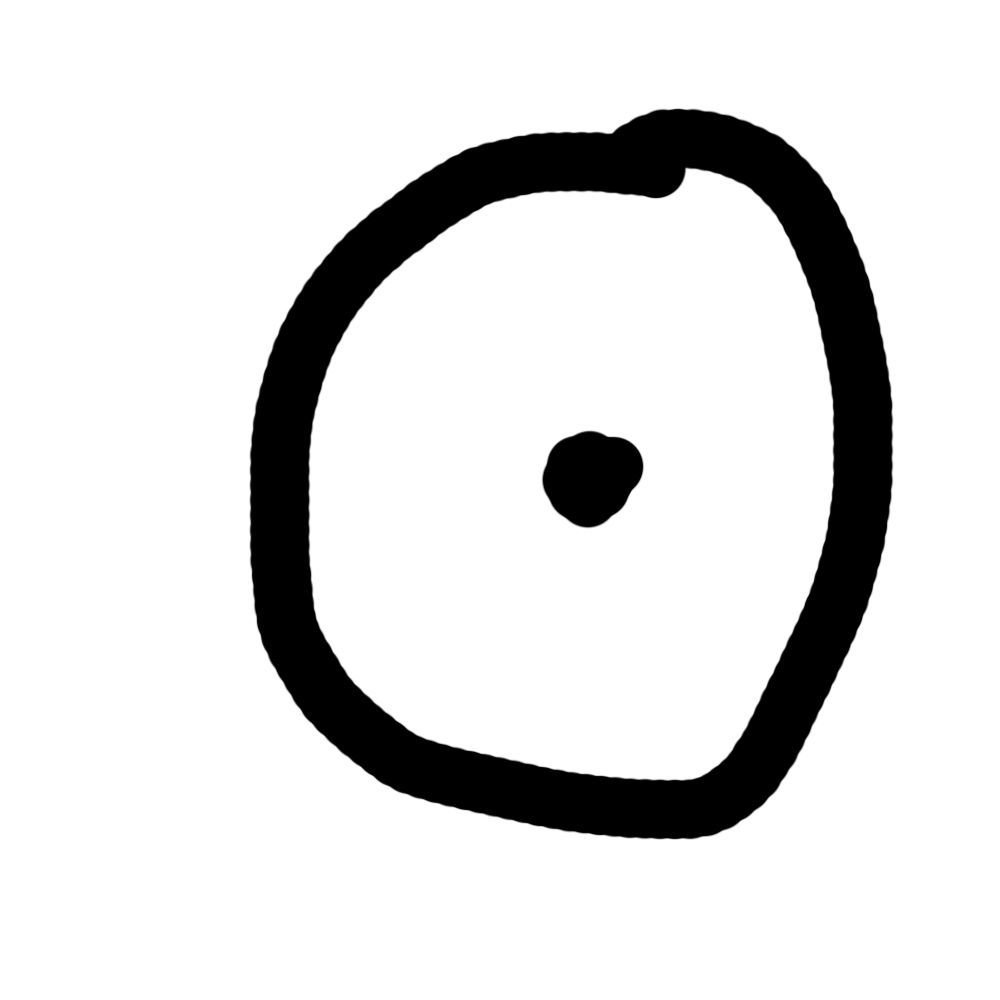 There are any number of additional marks that can be used when marking trail, but these are the most commonly found marks in Chicago – though it is not out of line to introduce new marks to the hash, hares should remember that any late arrivers as well as anyone not paying attention during chalk talk won’t necessarily know what those marks mean and new marks could result in hashers getting lost on trail. 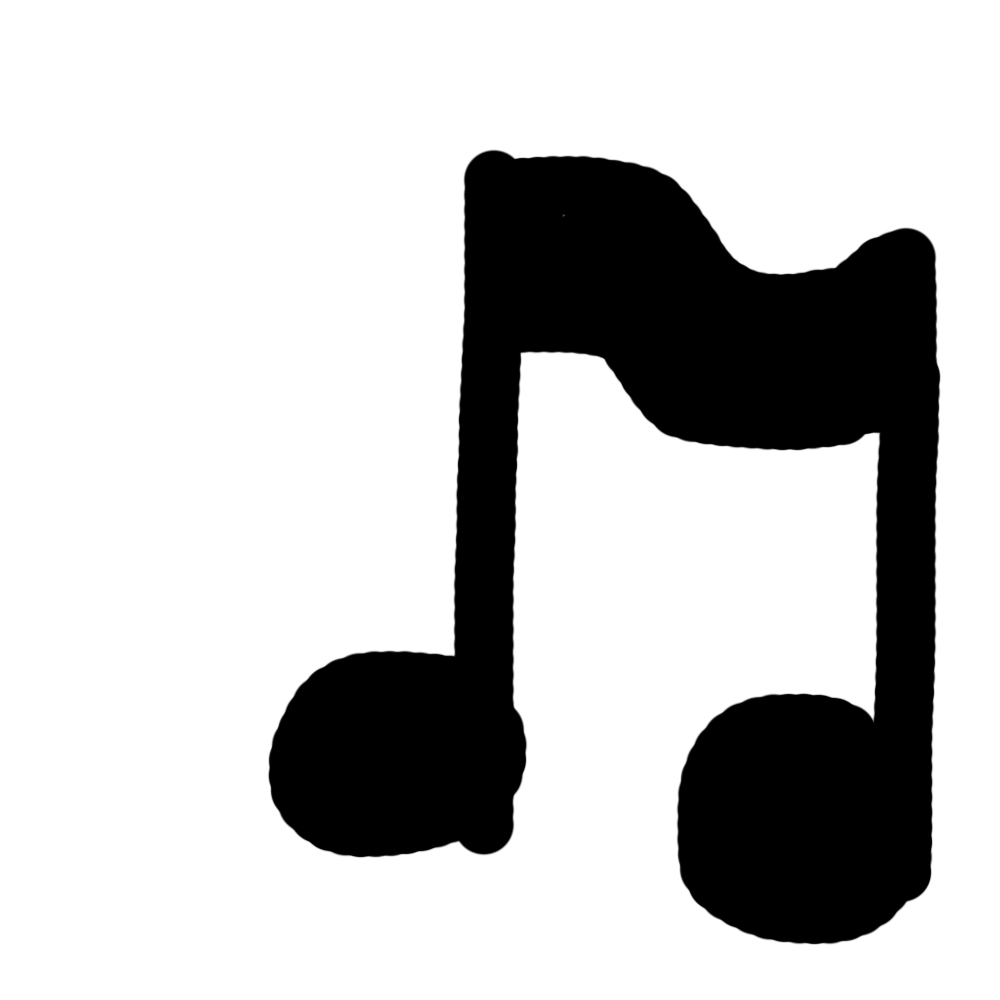 As per most hashing traditions, marks are subject to change from hash to hash, so be sure to pay extra close attention during chalk talk when visiting another hash.