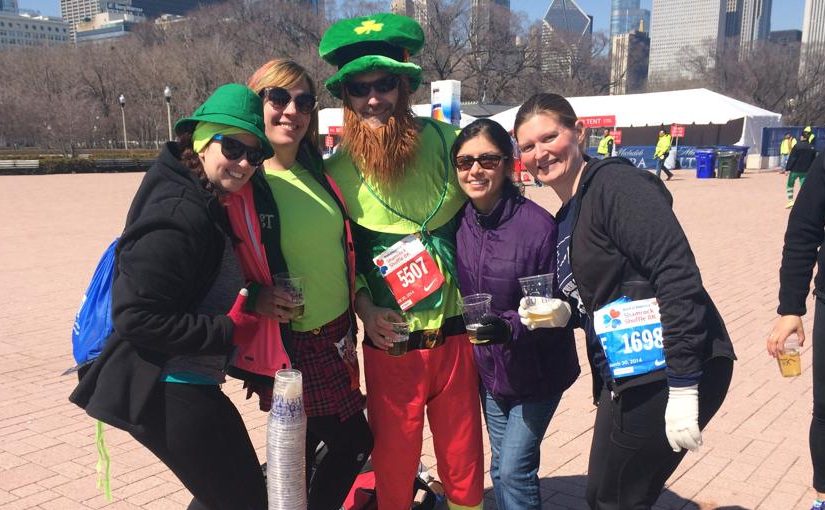 Tradition: Like most groups, hashers have developed their own lingo to use to distinguish themselves. Here is a small sampling of lingo that you can expect to hear while at a hash.

Calling out “R U?” is done to inquire whether or not that particular person is on true trail or not. Used frequently when one encounters a split or a check, and less frequently if one sees a hasher running in an opposite direction than trail is marked. This is also used as a way to distinguish a hasher from a non-hasher at non-sanctioned events.

Calling out “On-On” is traditionally done whenever a hasher encounters a mark or has found true trail. While out on trail hashers can sometimes substitute whistles and other noise-making devices for calling out “On-On” – using a whistle is especially helpful in urban areas that have lots of ambient noise, making yelling less effective.

Variation: After a check hasher usually call out “On-___” where the number of marks they’ve discovered after the check is placed in the blank.

A common response to “R U?” that indicates that the particular hasher has not yet discovered the direction that true trail goes – follow after any hasher who responds with this at your own risk.

Every hash has that special kind of asshole – somebody who treats hashing as their own personal training run and is out to beat all other hashers to the beer. These people can either be an Front Running Bastard or an First Bitch In, depending on their gender. These hashers should be shamed during circle.

And for every FRB and FBI there must be a DFL somebody who despite their best efforts was the very last person to find the beer and is therefore Dead Fucking Last. These hashers should also be recognized in circle, though it is up to you if their down-down is for honor or for shame.

And then you have people who make absolutely no effort to even go out on trail and instead either show up at the on-after to mooch our beers or stay at the bar and drink while everyone else is out having a good time. These are the Non-Running Bastards. Whether this special breed of asshole gets a down-down in circle is up to the RA.