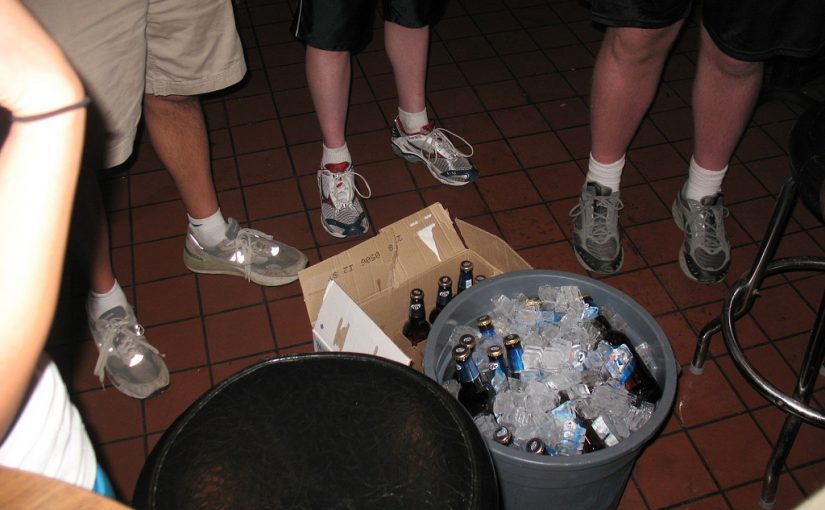 Tradition: When meeting for a hash two times are generally given – the first time represents the approximate time that hashers will begin assembling. In Chicago this is generally done at a bar, a hashers house, or just about anywhere – it is important to keep in mind where this is taking place, as you can always show up earlier at a bar, but showing up earlier at somebody’s house might result in there not being anyone to let you in. The second time represents the “On-Out” time, or the approximate time that hashers will leave in order to run trail – though this is a published time that the pack will leave to run trail it is by no means a definite time. Normal On-Out time is 30 minutes after the published meeting time.

Hashes that run in the afternoon tend to be a lot more lenient about the On-Out time, as are warm weather hashes. Showing up late by no means excludes one from running trail, as it is more than likely a racist will catch up to the slower pack members – showing up late to trail will often result in a down-down and the shame of having to run al by your lonesome.