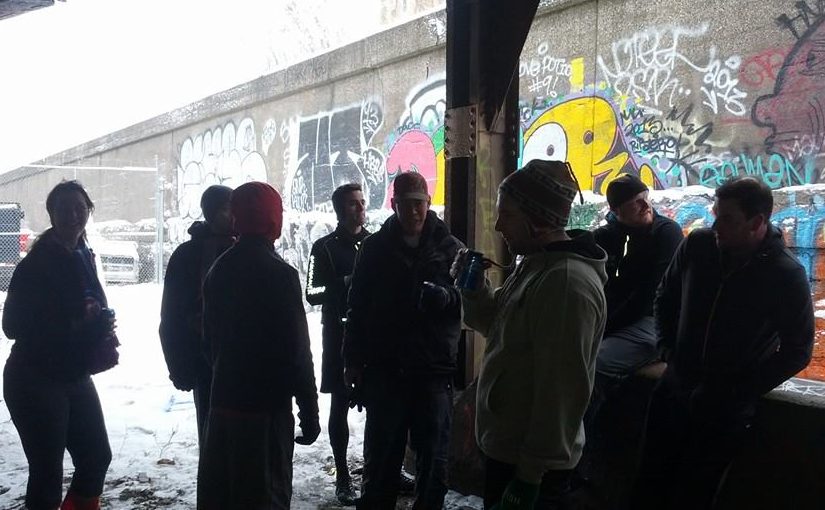 Tradition: As a way to show respect for the hash, all hashers are required to remove their headgear (anything worn on one’s cranium) while consuming their beer during a down-down so that upon finishing their beer they might pour whatever is left in their cup over their head and not onto their hat. If one does not remove their headgear, the rest of the circle will then point this fact out to the accused and they are required to do another down-down for their crimes. An RA may exempt a hasher from this punishment if the RA determines that what they are wearing does not qualify as “headgear,” so if a perennial violator agrees to some other form of punishment (often in the form of doing two down-downs initially instead of just one). A hasher should especially be on the lookout for this when drinking in groups, as it can often result in the entire party having to drink again.