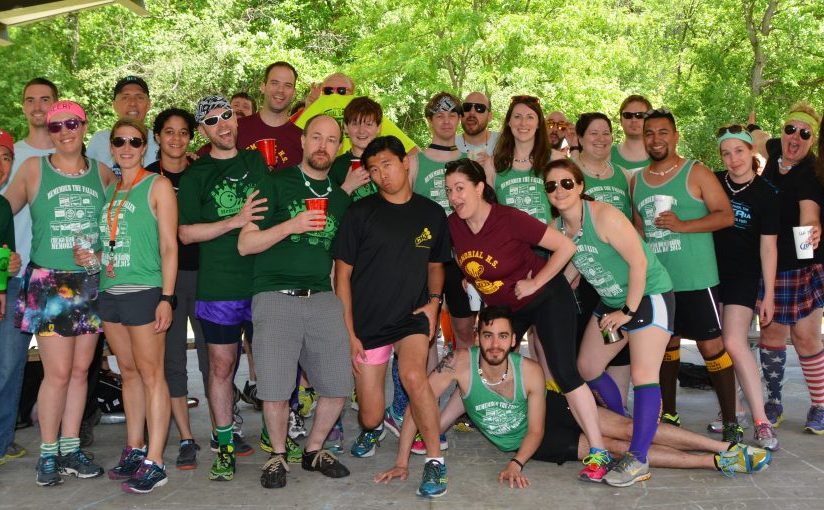 Tradition: Use of the word “head” is strictly forbidden at the hash unless somebody’s name includes it – it is therefore okay to call out Too Much Head for an accusation, but not to exclaim that you’re actually getting too much head (and since that’s not possible, you’d never say it anyway). It is also permissible to use “head” as part of a compound noun (such as “headgear” or “headcase”). If you do use the word “head” (either on purpose or accidentally), you can expect to hear this chant shouted as a response.

Head! Who said head?
I’ll take some of that,
And I did, and it was good,
And there was much rejoicing!

And then we fucked.
We fucked for hours,
Uprooting trees, shrubs, &amp; flowers,
Scaring small children and woodland animals,
We fucked like Vikings,
With horns upon ours heads!

Head! Who said head?
I’ll take some of that!
We don’t want women with good taste,
We want women who taste good!

Variants: Sometimes the harriettes will, after “We want women who taste good” will say, “A good man is hard to find, a hard man is good to find!”

Notes: I generally let this go once per circle, just so that everyone gets it out of their system – like most things it is funny once, but rarely funny twice. Often hashers will try to “trick” the RA into saying “head” during circle, especially when explaining down-downs to Virgins, but since the RA never makes a mistake they don’t know what they’re doing.