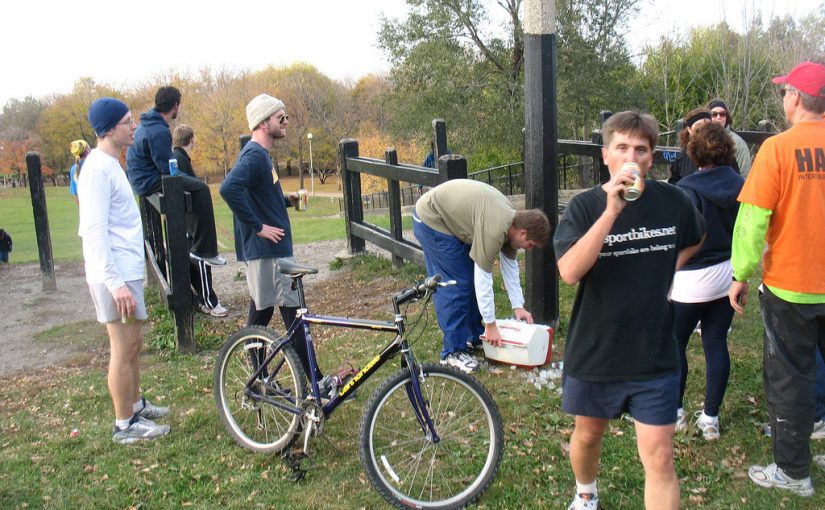 Tradition: Before embarking on trail it is important for hashers to know what they are looking for to know where trail is taking them – with this in mind “Chalk Talk” is called before the pack leaves on trail and it is the hare’s duty to familiarize the pack with the marks that they will encounter (on a live trail usually a member of the mismanagement will handle chalk talk). Usually trail is laid in either flour (often colored with carpenter’s chalk) or in chalk (dry wall works best) and what are referred to as “standard Chicago marks” is used.

Since marks change from hash to hash, however, it is important that all visitors be paid special attention at chalk talk, as well as any virgins (since they obviously have no idea what they’re looking for). Any non-standard Chicago marks that are used should especially pointed out to the pack, as using them could result in the entire pack getting lost and missing the beer stop.