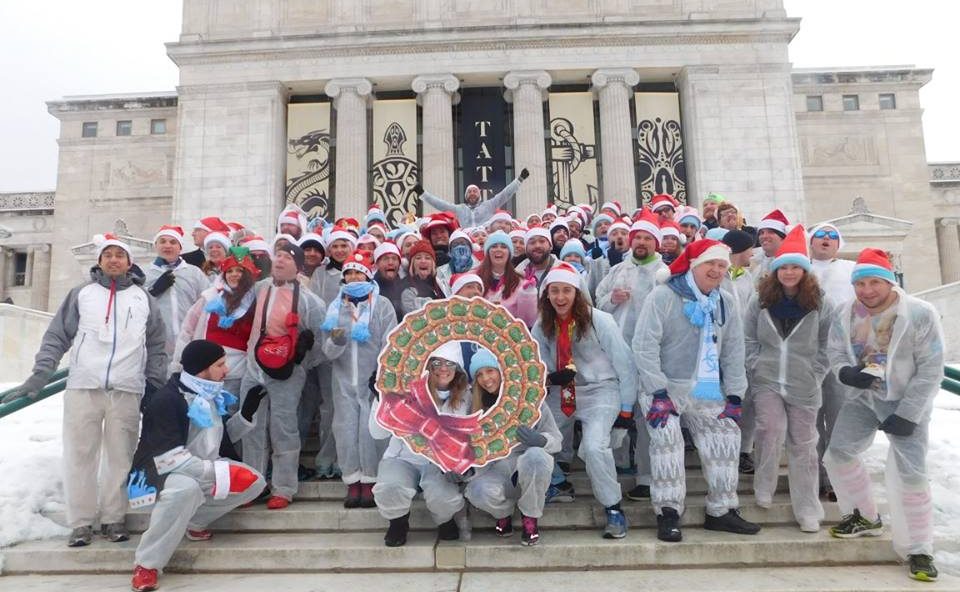 Tradition: If a hasher has been particularly disrespectful during circle (especially after having been given several warnings) the RA may dispense with additional punishment at their discretion. The most commonly used forms of additional punishment used in Chicago are “Assume the Position,” “Cone of Silence,” and “The Sleeve.”

Tradition: For this form of additional punishment, the accused is forced to drink an entire beer from their knees without the use of their hands. When this occurs the following chant is frequently used:

You worthless, sniveling piece of trash,
Now you’ve gone and shown your ass,

Your behavior’s unfit!
You must learn hash tradition!

So your charge your vessel and assume the position!
On your knees, asshole!

Tradition: This punishment is usually dispensed for a hasher who has repeatedly refused to shut their fucking mouth during circle. In this instance, the accused is forced to wear a giant orange traffic cone and is not allowed to talk while wearing it. While wearing the cone you may also be subjected to doing down-downs through the top of the cone as well as other members of the hash pouring anything and everything into the top as well. The length of time that the accused must wear the cone until the RA determines that they’ve learned their lesson – if Calvin Klein is the RA this may be several hours later, as happened to me at Power of the Pussy 2009.

Tradition: A particularly fun method of shaming a fellow hasher involves requiring them to wear “The Sleeve” during their down-down. “The Sleeve” is actually a piece of piping that slips over a hashers hand and down over their arm, thus preventing them from bending their elbow and forcing them to pour the beer into their mouth from arm’s length. This can be particularly messy, as it usually results in that accused pouring their entire beer onto their face, so it is encouraged to fill the accused beer all the way to the brim. Several hashers who think they are particularly cute have suggested that you should just switch your beer to your other hand and drink it that way, I’m eagerly anticipating the day when somebody is dumb enough to try this tactic.

Tradition: Less common in Chicago than it is in other parts of the world, occasionally an Ice Seat is used as extra punishment during circle. Instead of merely having to drink their beer in front of the rest of the hash, the accused are required to sit bare-assed on a block of ice (bag of ice, in a snow bank, or some variation) while they are being accused and through the completion of the down-down song. If the hasher has done something truly despicable (or truly disrespectful), they can be forced to sit on the block of ice through a nice long song or for more than one accusation. In these instances it is in your best interest to just grin and bear it and hope that your butt goes numb quickly.